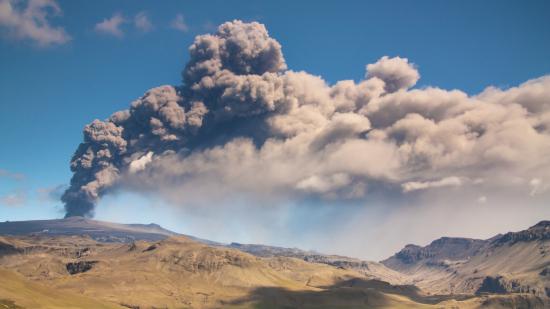 We looked at the options and realised that there were no aircraft available which could fly direct to Europe, due to the lead times for overflight permits over India which resulted in a longer flight time around the country which pushed the crew out of their duty limitations. Within two hours of the request, our Hong Kong office sourced a Gulfstream G450 to fly the passengers from Singapore to Dubai to then transfer to a Bombardier CL605 to get them as close to the edge of the ash cloud over Northern Italy as possible. Once they got to Northern Italy, a helicopter was chartered to Marseille where they could then catch the Eurostar to the UK, in time for their meeting.

Due to the unpredictable nature of the developing ash cloud multiple ACS offices across the globe had to work in sync. Its movements meant that the airspace situation around Europe was constantly changing, so our European charter experts were regularly phoning all the airports involved in our charter to ensure they were still accepting arrivals. Many people were stuck during the crisis, but due to the expertise of our account managers, we were able to find the travel agents a viable solution to get their customers to their meeting on time.

FLIGHT REPRESENTATION: We had a representative from our Dubai office meet the passengers off the first aircraft and escort them to the second.

THE EXTRA MILE: As well as personally escorting the passengers in a wing to wing transfer in Dubai, ACS set up an hourly conference call with the security team, PA and travel team to advise of the ever-changing situation.